PLEASE PARTNER WITH US TO HELP KEEP A 3' ZONE, CLEAR OF SNOW AND ICE, AROUND OUR FIRE HYDRANTS. VOLUNTEERS ARE NEEDED....JOIN OUR TEAM TODAY! 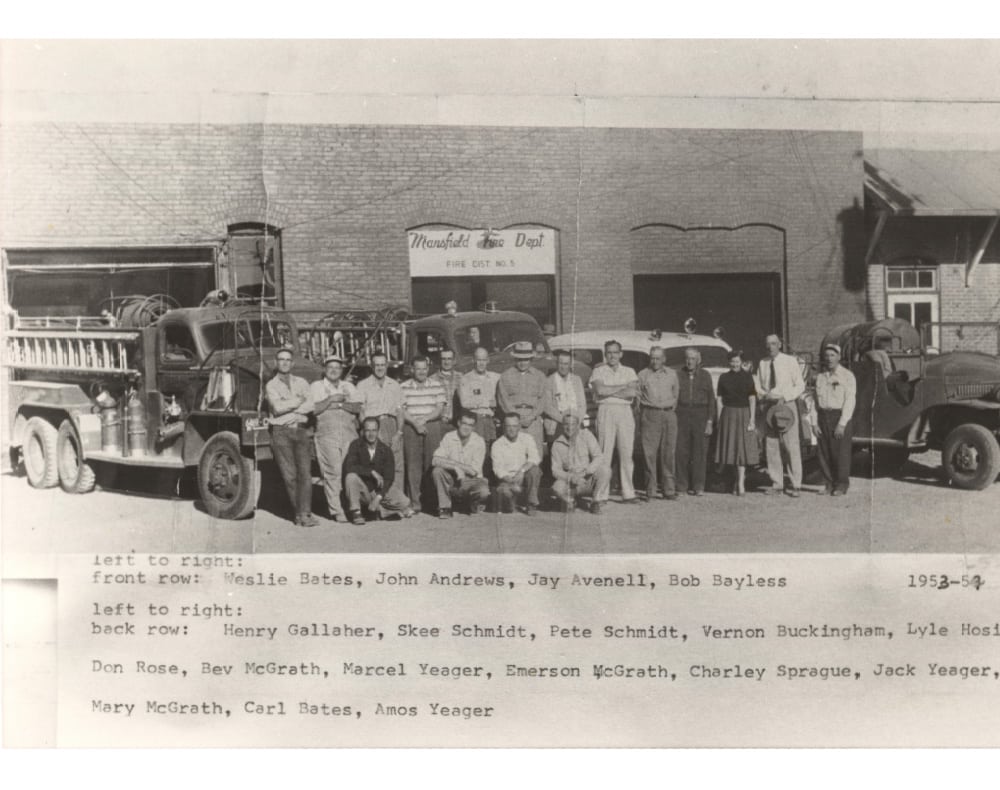 The Mansfield Volunteer Fire Department and Douglas County Fire District #5 were formally organized in 1954. Even though they were sperate departments, they were housed together, in the original three-bay fire station located behind Mansfield Town Hall. The original apparatus consisted of three fire trucks, and one ambulance. At the time there were 18 founding members for the department.

The Fire District has continued to grow into the progressive department it is today. The Fire District proudly has 32 active members serving as both Firefighters and Emergency Medical Technicians. It has a fleet of over 20 pieces of apparatus which allows the Fire District to respond all types of different incidents.

What can we help you find?

We use cookies to ensure our visitors get the best experience and to learn how they interact with our site. By clicking “Got It” or continuing to use this site, you agree to our use of these tools.